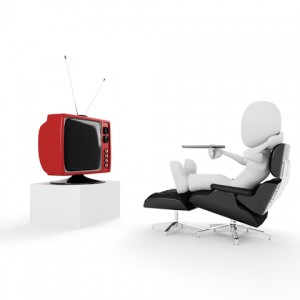 If you are in the content creation, entertainment or even advertising industries you have probably been following the development of Google’s Chromecast product over the last nine months. With Chromecast, users can enjoy a variety of entertainment delivered to their HDTV from their mobile and other devices.

Since Google opened the SDK to all developers on February 3, 2014, companies can now develop Chromecast applications to ensure their programming and content are available to their customer base through this TV option. In effect, it is a wireless gateway to video, music, photos and applications that makes your television the center of the Internet experience.

Another advantage is that Chromecast actually streams the videos from the Internet, rather than from the user’s mobile device. This means less impact on battery life than other options, like Apple TV, that put a lot of strain on the mobile device streaming the stored video.

We recently developed a Chromecast application for one of our entertainment clients and we wanted to share just a bit more technical information regarding the Chromecast framework. The Chromecast APP contains two different agents: the sender, associated to each player (website, native mobile APP) and a receiver which is located on the Chromecast device.

The Sender application or Google Cast application is a web APP (HTML/Javascript) executed on a Chrome browser being used on a desktop/laptop device running any OS (Mac/Windows/Linux/Chrome OS). It allows the receiver to:

The receiver app is built using HTML5/Javascript languages and downloaded and stored on the receiver device (Chromecast), and performs the following functions:

Some challenges, relevant points and tips that we encountered during the project: