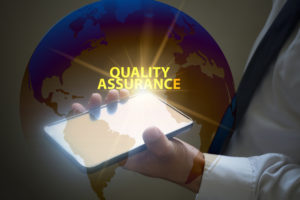 Desiring the rapid deployment of automation is common, but it is not always achievable for a multitude of reasons. A couple of common issues: The Automation engineer is simultaneously working as manual tester limiting their ability to focus on the implementation and maintenance of the framework. Or the software under test is not yet prepared for automation because it is unstable and the Automation engineer spends a lot of time doing rework and workarounds.

Based on the above types of challenges, we developed a Testing Automation Framework Template.  This template has helped us to reduce the time required to deliver on client’s projects. We realized that almost every Selenium project has a similar nature and common functionality that can be reused.  For example –  the Driver Utility associated with the actions that simulates the user behavior within the application. Or the manipulation and creation of the repository of elements that keeps all the components that will be used in the framework. At a high-level, it is also very likely that some methods will be reused across projects, such as the login or creation of a user. These types of scenarios have been embedded within our template  – with the  objective of reducing the time required to execute the automation framework.

We have already used and implemented this template with several of our clients. For a recent client, the implementation of this template allowed us to deploy actual working test cases, (while following standards and good practices of development) within a couple of hours after we started with the project. Of course in any software development project, there are risks that should be managed, including possible delays to product launch.  Using this template has allowed us to show the client what is possible, and how we can collectively move forward as quickly as possible to realize the ROI from an automation initiative.