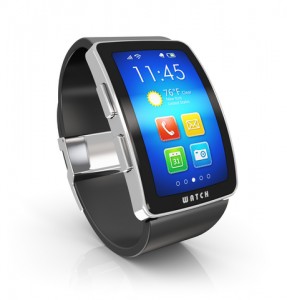 It’s new and trendy, cool and seemingly falling from the sky with daily innovations. And what’s needed most in the wearable technology space – standards and synchronicity — not a fragmentation of concepts and cohesive ideas. But let’s not forget another kind of fragmentation – what developers and testers are facing to ensure a flawless user experience. After all, users are more in-the-know than ever and have high expectations when it comes to their digital devices.

That fragmentation helps to explain why, despite dominating in market share, developers prefer Apples’ iOS. And, as Apple and Google forge ahead into wearable technology, the rift between the mobile biomes will, no doubt, expand.

Wearable computing devices are popping up in a variety of gadgets, from smart earbuds to digital glasses, but for the time being, the wrist seems to have emerged as the main attraction. Just this month, Google announced plans to kick off its Android Wear initiative with three smartwatches at Google I/O. Samsung, LG, and Motorola work with Google services and owners’ of Android devices to provide useful functions.

While targeted largely for consumers, there are potential benefits for wearables in the world of enterprise, such as replacing neck lanyards, timecards and, yes, even emails. When businesses decide to implement wearables into the workplace, it stands to reason they will need to also implement a wearable device policy.

Fragmentation is a problem on many levels. Will there be an Android of wearable tech, or an iOS, or a Windows, to unify the concept? Can we have variety and choices and still have a common goal? When you have 100 devices that all do their own thing and don’t work with each other’s software, what do you have?